From concept to reality

In 2020, Grand Seiko introduced the “T0 Constant-force Tourbillon”, a concept movement which incorporated a constant-force mechanism and a tourbillon as one unit on a single axis. To bring the concept to life in a finished watch required the complete dedication of a team comprising designers, engineers and craftsmen and women entrusted with the assembly and finishing of the movement and the case. Each and every one of the 340 components of the caliber was re-examined, and, where necessary, re-designed and re-engineered for production. The result is Caliber 9ST1. Not only is Caliber 9ST1 smaller than its concept movement predecessor but its high accuracy remains stable for longer thanks to the constant-force mechanism. Furthermore, Caliber 9ST1 sets a new standard of accuracy, which is verified in a testing procedure during which each movement is tested for a full 48 hours in each of six positions and at three temperatures. This is twice as long as the Grand Seiko standard. Each movement is assessed over the course of 34 days to verify its accuracy, and when the tests are completed and this new standard has been met or exceeded, the performance characteristics of each movement are defined in the individual certificate provided with every watch. 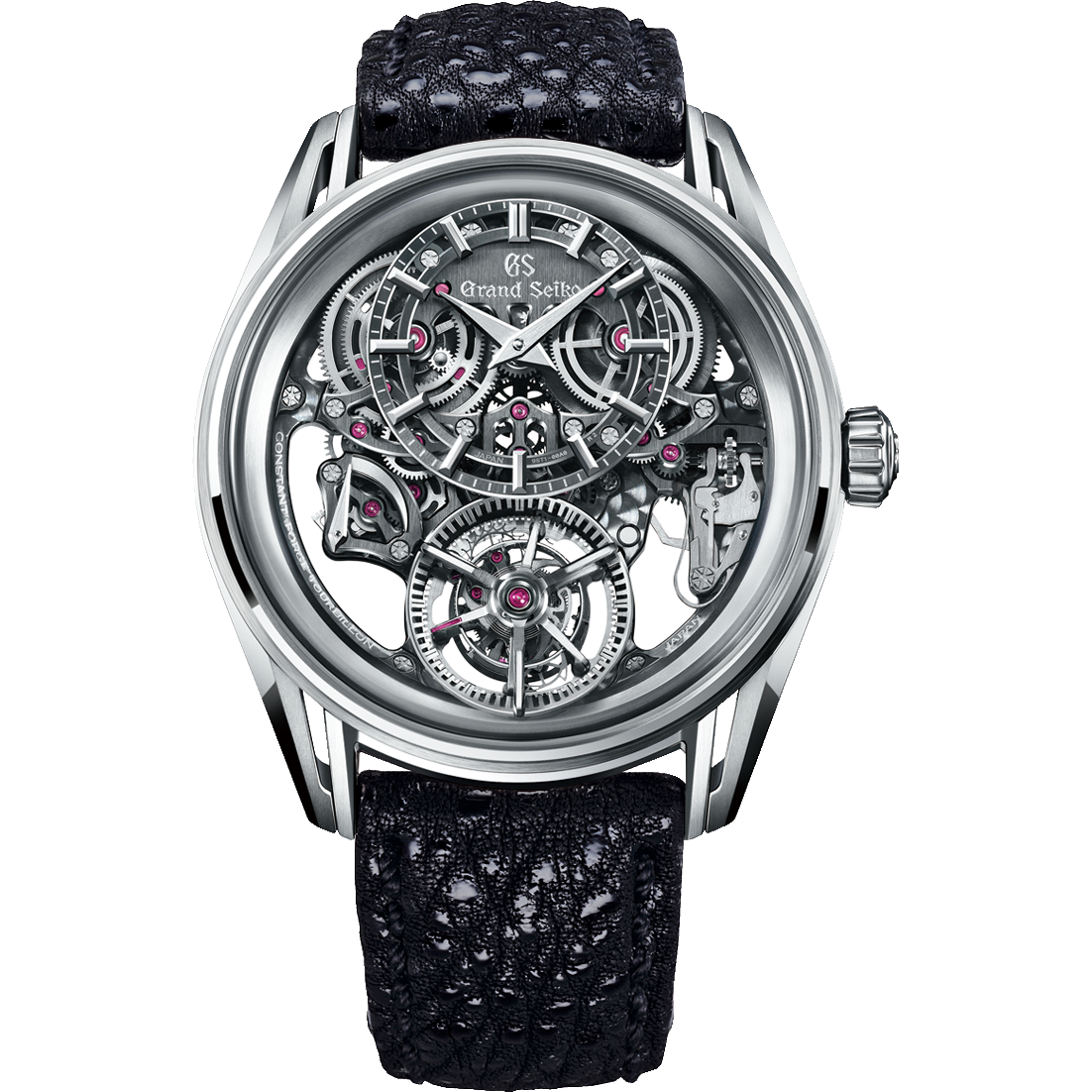 Grand Seiko reaches a new milestone in the sixty-two year history of Grand Seiko with the introduction of the brand’s first mechanical complication watch, the Grand Seiko Kodo Constant-force Tourbillon. At its heart is a uniquely innovative movement that delivers a level of stable accuracy unprecedented for Grand Seiko by combining a tourbillon and a constant-force mechanism as one unit on a single axis for the very first time in horological history. The watch is named Kodo, the Japanese word for heartbeat. With its unique appearance when in motion and with its carefully designed sound, this revolutionary watch reveals its vitality both audibly and visually, thanks to the open-work design and the sapphire case back. Most remarkable of all is the way that the constant-force mechanism and the tourbillon have been integrated together to allow the creation of an overall design that is perfectly in harmony with the values of Grand Seiko and whose technical ingenuity is encased in a watch of great elegance and wearability. 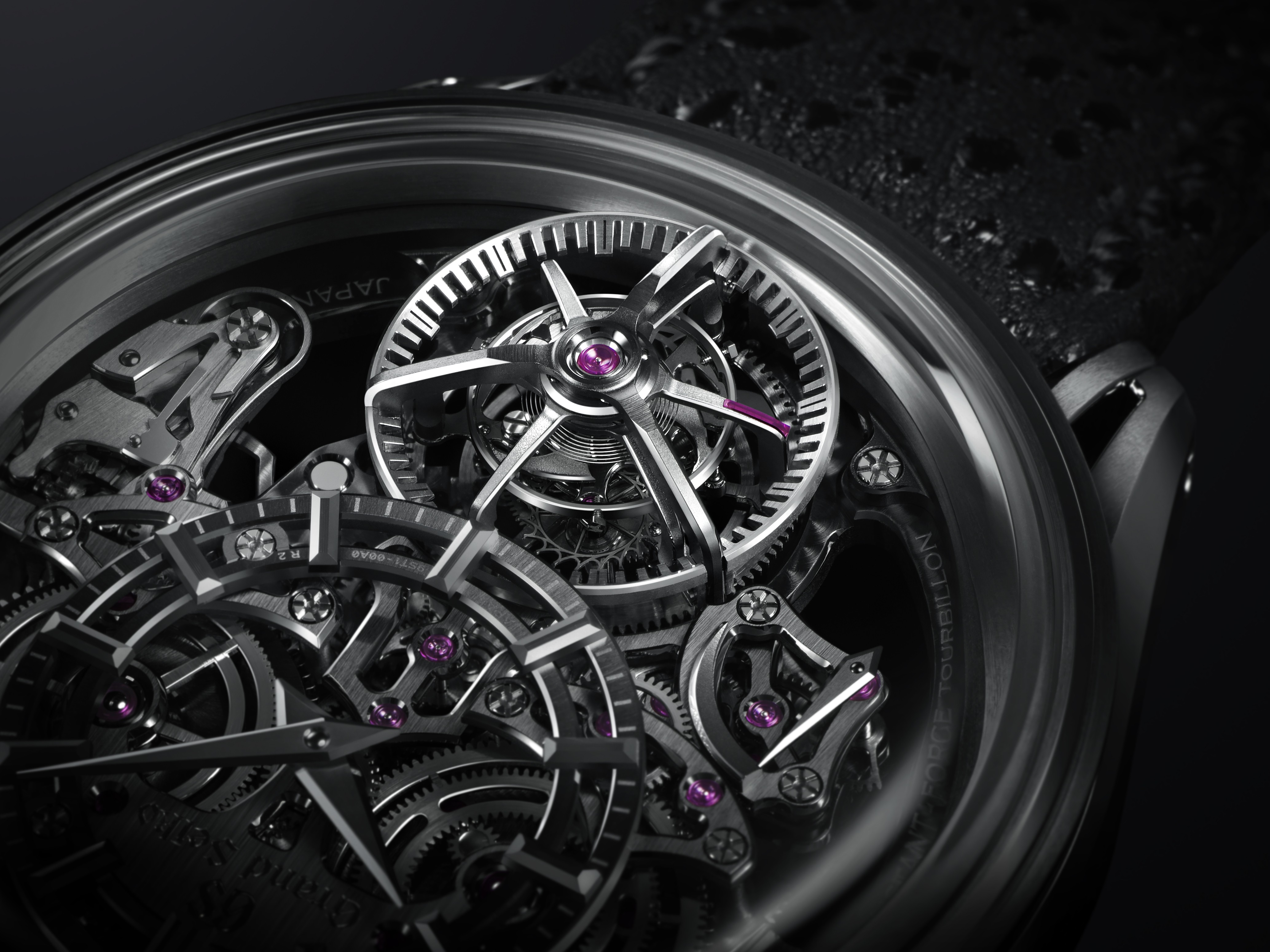 The integration of the two mechanisms

Caliber 9ST1 is complex in its engineering and design but is based on the simple insight that the integration of a constant-force mechanism and a tourbillon as one unit on a single axis would deliver practical benefits. Because there are no wheels or other components between the two mechanisms, there is no loss or change in the torque transmitted from the constant-force mechanism to the balance wheel. This leads to an increased duration of 50 hours for the constant-force mechanism and a more stable amplitude of the balance. Together, these characteristics deliver the very stable accuracy of the movement. In addition, and crucially for Grand Seiko, the volume of the movement could be reduced, allowing the aesthetics of Grand Seiko to be respected and the watch to be eminently wearable and perfectly comfortable on the wrist. 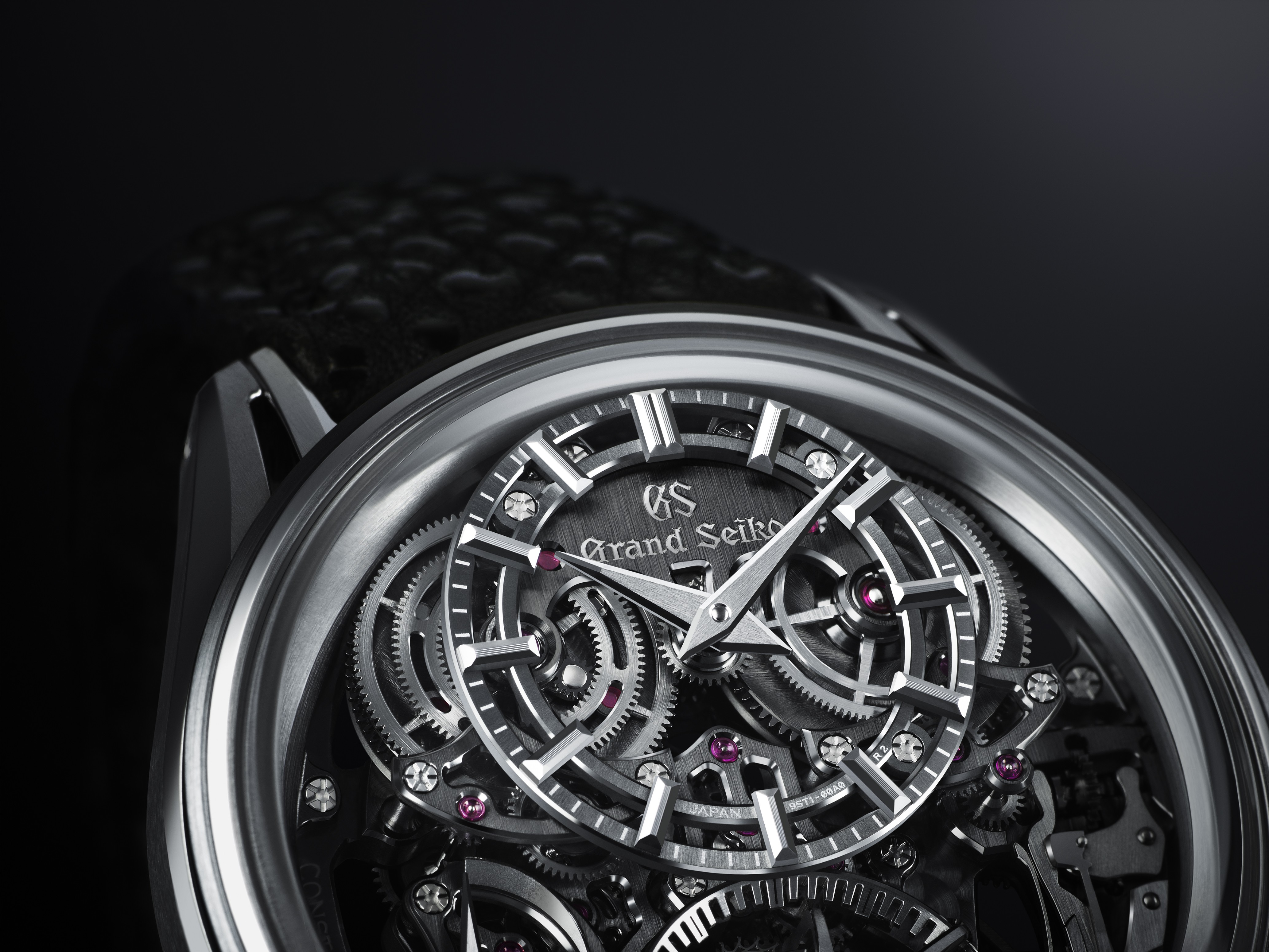 Innovation in precision, beauty and sound

The integration of the two mechanisms creates a dazzling visual effect. The inner tourbillon carriage rotates smoothly as the balance steadily vibrates at eight beats per second and the outer constant-force carriage follows its rotation at exact one-second intervals. The sounds of the escapement and of the once-per-second impulse of the constant-force mechanism harmonize with this regular visual rhythm to create, for both the eye and the ear, a deeply satisfying and re-assuring heartbeat. There is a powerful yet gentle charm to the sound that is set to a 16th note or semi-quaver which is made possible by 9ST1 being the movement with the highest frequency* ever to incorporate a constant-force mechanism.
*As of February 2022, based on Grand Seiko’s research. 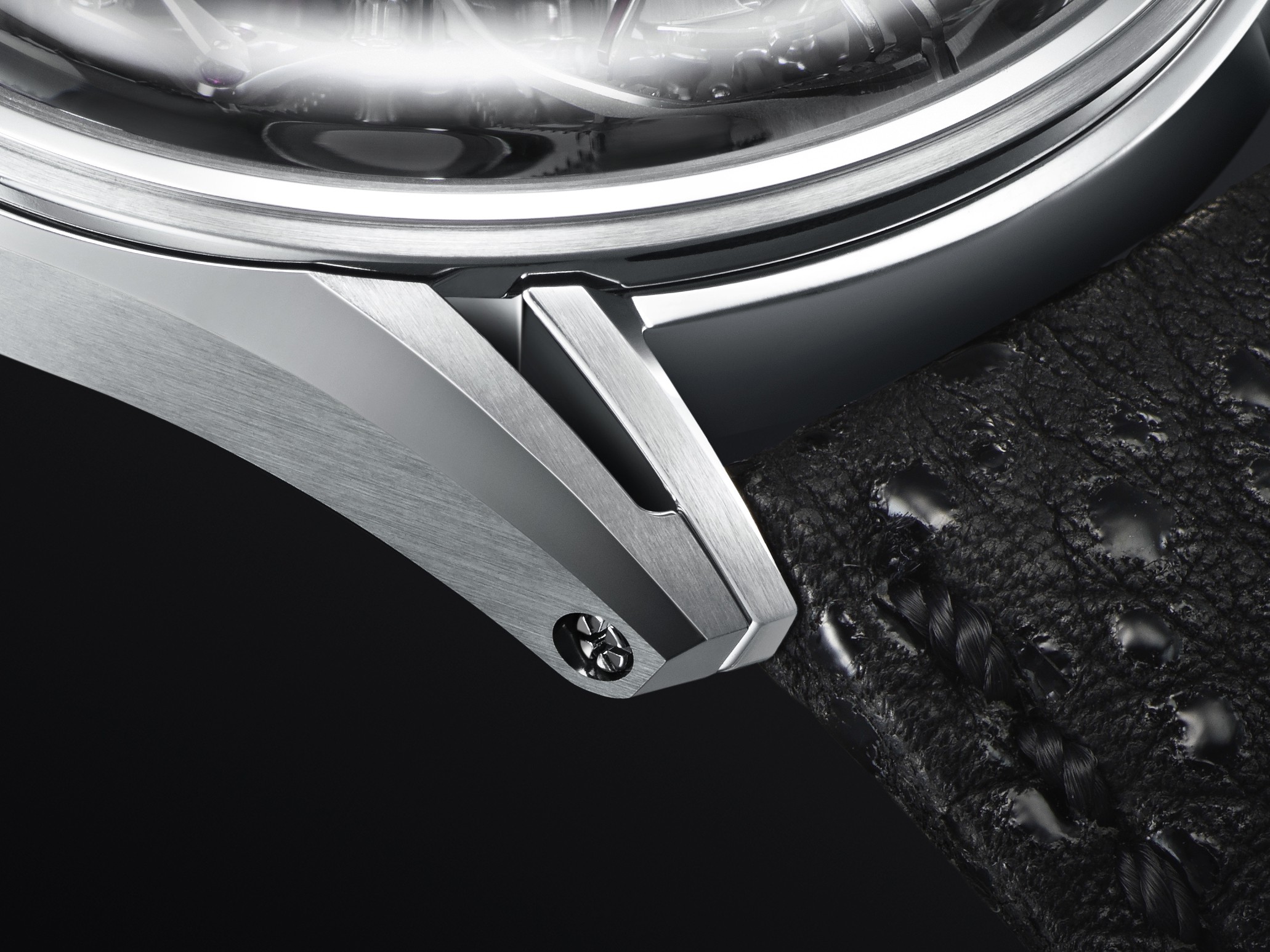 The case is constructed from both Platinum 950 and Grand Seiko’s Brilliant Hard Titanium to achieve a long-lasting beauty. Some case parts of both materials are mirror polished and others have a hairline finish; both processes are completed by hand by highly skilled craftsmen and women to ensure that, from every angle, a visually pleasing harmony is revealed. The two case materials combine most evidently at the tapered end of the lugs where a small open space between each lug adds a lightness and unique aspect to the overall design.

Thanks to the integration of the two key mechanisms, Caliber 9ST1 has room to breathe within the case and there is sufficient space for light to penetrate, through both the front and back of the case, revealing the beauty of the hand finishing. For the same reason, the delicate interplay of light and shadow that is central to the Grand Seiko aesthetic is there to be enjoyed in the subtle shade gradations, angles and textures. Each major component is painstakingly finished by hand using a variety of techniques to endow the overall movement with the quiet yet enduring sparkle that is the hallmark of Grand Seiko.

The three movements at the heart of Grand Seiko

One of the world's foremost mechanical movements, the culmination of high-precision micro-engineering and the attention to detail of Seiko's expert watchmakers.

Spring Drive is a unique movement that delivers one-second-a-day precision, using just the power of a mainspring.

The ultimate quartz movement. Caliber 9F incorporates several unique technologies that raise the performance of quartz to the high standards of Grand Seiko.